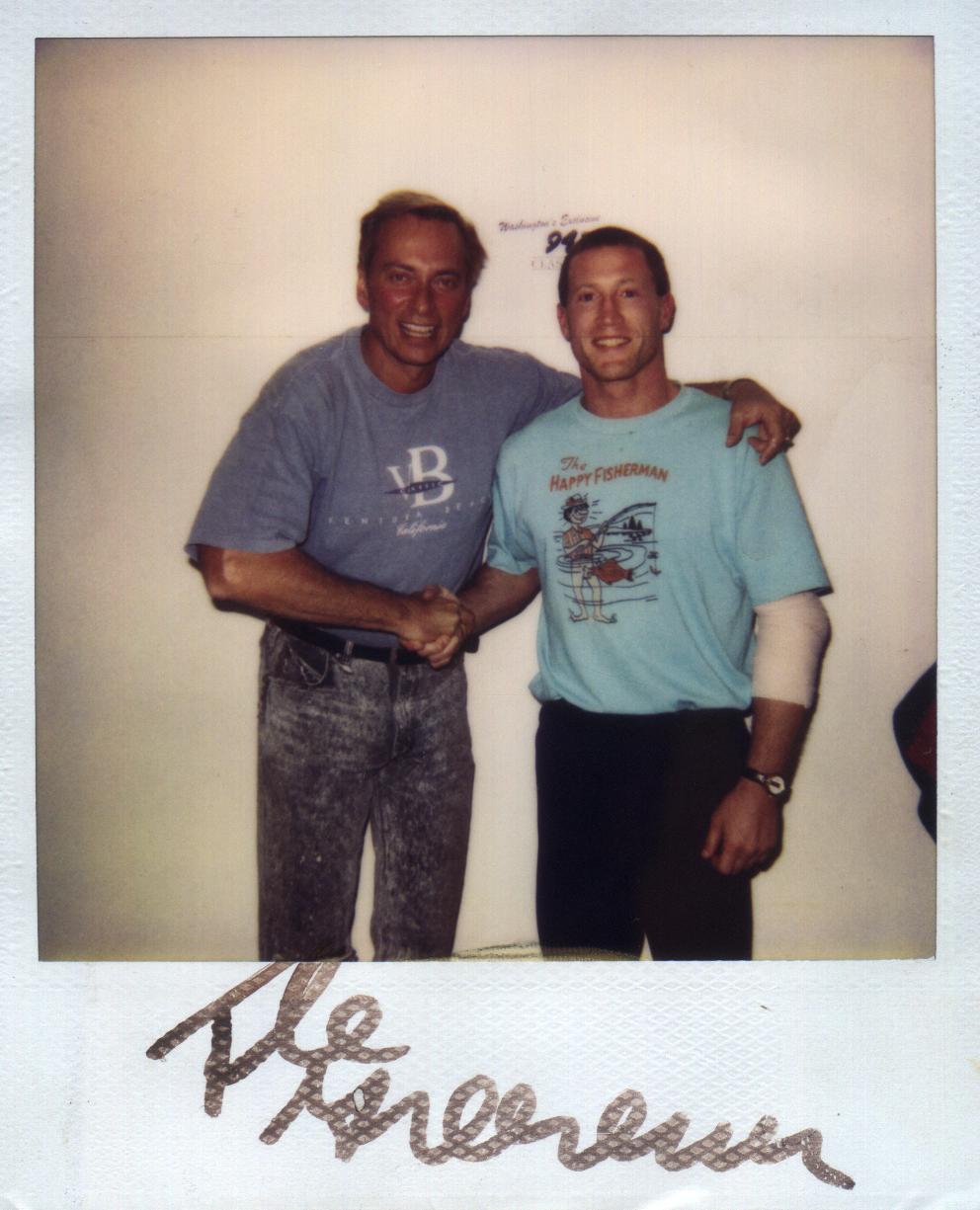 October 20, 1997. Had the pleasure of being in the studio audience during the Greaseman's show on 94.7 FM. I even got to play the morning quiz! Each audience member got a Polaroid picture with the Greaseman. (In case you're wondering about the bandage on my left arm, that was a kickboxing injury wherein the bursa swelled up with blood.) I had also been in the studio audience five years earlier when he was on 101.1 FM, but they didn't do pictures. I've been a big Greaseman fan since I started listening to him in 1984. Where is he now? As of April 2006 he's here.